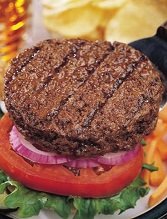 All roads do not lead to Ireland as far as the horsemeat scandal is concerned, ex-commercial director of Freeza Meats James Fairbairn told an EFRA Committee yesterday.

According to the recently retired director, the scandal cost Freeza Meats a £2.5m contract and led to 31 job losses. He told select Committee member Mary Glindon MP that the horsemeat scandal was a fraud perpetrated by a big organisation – “a big one,” he said.

This is something the industry will not get over for a long time, he forecast, and said the contamination was directed “selectively” between burger plants and cooking plants, “in my opinion”, he added.

Glindon, Labour MP for North Tyneside, asked how the country would move past the scandal, to which Fairbairn said controls in contamination would be put in place in boning and butchery halls. “Every consignment of beef taken in the future will have species tests,” he said.

Meanwhile, Neil Parish MP questioned how the industry would identify which country meat came from and how traceability would work through the Republic of Ireland and the UK. “I don’t know, short of putting armed guards on these installations,” Fairbairn joked. But he added that if someone wanted to commit fraud, then it would happen.

On the subject of committing fraud and how the scandal was uncovered, Barry Gardiner MP asked for Fairbrain’s opinion on why the Food Safety Authority of Ireland (FSAI) tested for horse DNA. He drew on the Committee’s hearing with the FSAI and quoted FSAI chief executive Alan Reilly as saying the discovery was akin to “winning the Lotto”.

“Why do you think the FSAI used those tests?” he said and asked Fairbairn why they tested for horse. “I think there was a whistle-blower involved,” Fairbairn replied. “I’m talking my opinion, and it had to be a whistle-blower. They headed straight for Silvercrest and equalised that by going to Liffey Meats. Why didn’t they test for seagulls?”

Gardiner further asked if committing fraud in the meat industry would involve labelling, mislabelling and double book-keeping. “What are the tools of the trade?” he prompted.

“You will not get a full box of equine,” Fairbairn replied slowly. He said boxes would be half-and-half, with low visual lean (VL) amounts of bovine and high VL equine, “which would up the average VL in the box”, he added.

All roads lead to Ireland?

On the question of how and where the contamination took place, posed by Margaret Ritchie MP, Fairbairn said he couldn’t conceive that such a thing had happened in the British Isles and concluded that, in his opinion, the fraud was of European origin.

Committee chair Anne McIntosh wanted more from Fairbairn on the origin of the fraud, asking if it was perpetrated by a large organisation somewhere, and highlighted that things people had heard or read in the press said all roads led to Ireland. “No, not at all,” defended Fairbairn. “The volumes required to make it worthwhile wouldn’t be in Ireland,” he said, adding that it was high-risk, low-return.

However, McIntosh questioned how low the return was, since the meat industry had lost desinewed meat, which had driven up the price of forequarter meat – the product Freeza Meats deals with most. “My reading of your enquiry, I honestly can’t believe that anyone in Ireland would do that,” he said.