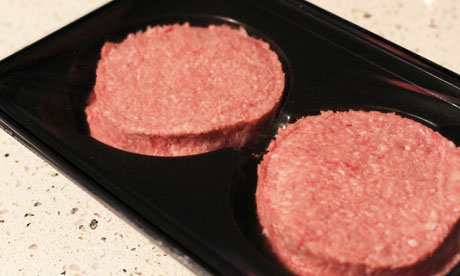 Assistant city mayor: ‘It is disgraceful that none of us can have confidence in the food we eat.’ Photograph: Niall Carson/PA

Halal lamb burgers have been withdrawn from schools in Leicester after tests revealed a sample contained pork.

Assistant mayor Vi Dempster said: « I am appalled by this situation. It is disgraceful that none of us can have confidence in the food we eat.

« We regret any distress this will cause families and staff, and would like to reassure them that robust action is being taken to address this serious matter. »

Trevor Pringle, Leicester city council’s director of young people’s services, said: « We understand that since 1 March this year, the product supplier, Paragon Quality Foods Ltd, has only been releasing product to customers after obtaining negative DNA results for pork.

« However, as a precautionary measure we have removed all of the burgers we had in stock from this supplier while further investigation is carried out, and we will not be purchasing any further products from this supplier.

« We have made it clear to our suppliers that this is totally unacceptable, and we are taking urgent legal advice about the next steps. »

All other halal products used in the council’s kitchens – including 24 city schools – are supplied by another company, the council said. They have been DNA-tested and found to be compliant.

Suleman Nagdi, from the Federation of Muslim Organisations (FMO), said: « The community will be extremely shocked and distressed to learn of the contamination that has taken place.

« The FMO is working closely with the local authority and calling on them to take legal action in respect of this contamination, and would urge the local authority to instigate criminal proceedings against the company involved under the Food Safety Act.

« The FMO feel that such a prosecution would be in the public interest and would send a clear message to all businesses in this sector that contamination will not be tolerated. »

The Food Standards Agency and Doncaster metropolitan council have launched their own investigations and further tests will be taken of remaining stock, Leicester city council said.

Adrian Russell, the council’s director of environmental and enforcement services, said: « The city council is pressing the relevant authorities to investigate this matter as rigorously as possible. Food fraud is a serious offence and those responsible should face the full force of the law. »

The council said it had contacted the headteachers of the schools potentially affected to advise them of the action being taken.

It has written to parents of children at the schools concerned and meetings have also taken place with Muslim city councillors.

In a statement issued on Thursday, Paragon Quality Foods said it had « never knowingly bought or handled pork » and it was working with the relevant authorities.

The company’s managing director, Metin Pekin, said: « We have been informed by a customer that a halal lamb burger produced by Paragon Quality Foods Ltd has tested positive for the presence of pork.

« Paragon Quality Foods Ltd is a pork-free site and has never knowingly bought or handled pork.

« We have carried out a full traceability of the product in question and have provided this information to the relevant enforcement authorities.

« The public analyst at Doncaster borough council has conducted unannounced formal sampling of our products on two occasions, with clear results.

« We are working with Doncaster borough council on a daily basis to provide all information requested. They are fully satisfied with our practices and procedures.

« At present we are awaiting the results of further testing conducted by the relevant authorities, therefore we have no further comment at this time. »

A Leicester city council spokeswoman confirmed that 19 schools were supplied with the frozen burgers. The authority was made aware of the problem about two weeks ago and stock was removed from shelves within hours, she said.

The council has written to 6,000 families whose children might have eaten the burgers.

Further testing has been done on samples from the removed stock and results are expected next week, the spokeswoman added.